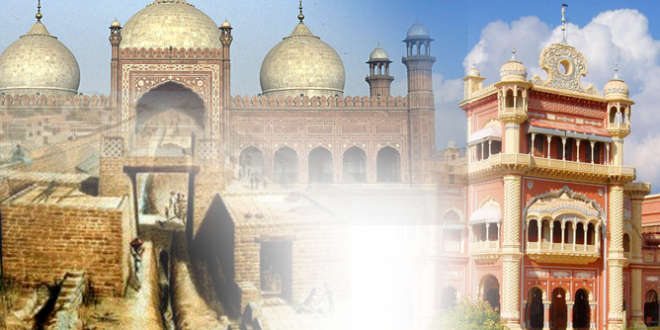 You can visit many famous historical places in Pakistan like:
The Badshahi Mosque, which was built in 1673 by the Mughal Emperor Aurangzeb in Lahore.  The Shah Faisal Masjid in Islamabad, is one of the largest mosques in the world.
The National Monument in Islamabad, Pakistan, is a national monument representing the four provinces and three territories of Pakistan.
Jinnah Mausoleum is resting, place for the founder of Pakistan, Quaid e Azam Muhammad Ali Jinnah.
Minar e Pakistan is a historical Minar that was built as a memorial for the Pakistan Resolution in 1968 in Lahore.
Shah Jahan Mosque is situated in Thatta and is as master piece of Mughal architecture.
The Khyber Pass, is the mountain pass that links Pakistan and Afghanistan at an altitude of 1,070 m or 3,510 feet. Throughout history, it has been an important trade route between central Asia and South Asia and a strategic military location.
Lahore Fort is a fort in the historical city of Lahore. The Fort is connected to the Badshahi mosque through Alamgiri gate. The people love to visit these places and enjoy a lot.

Some of the most significant historical places in the country include Harappa, Mohenjo-Daro and Taxila. All these city are astonishing places for archeologists. Most valueable the Indus valley civilization was present 2600 and 1900 BCE.

Welcome To Pakistan the Land Of Exploration