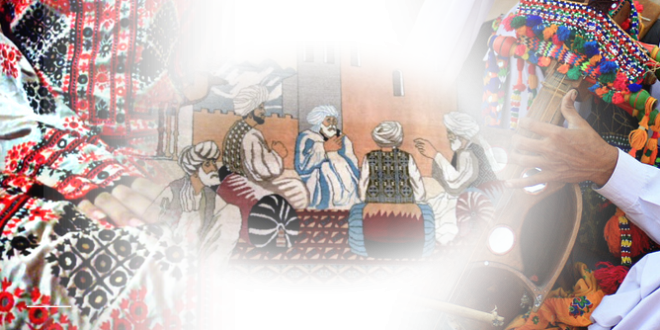 Brahvi, Balochi and Pashtoon tribes are known for their hospitality. Guest is accorded is held in high esteem and considered a blessing from God. Better off people even slaughter sheep or goat for their guest. Sometimes, it so happens that where there are more houses, the guest is assumed to be the guest of the whole village. Adorable feature of Baloch culture is faithfulness and sincerity.

The people of Balochistan are very loving and leading a very simple life. The formation of villages with having houses made of mud, are a big attraction for the guests and tourists.

The mode of dress among the Balochi, Pashtoon and Brahvi tribes is very similar. Turban is the common headwear of the men. Wide loose shalwar (a bit similar to lose trouser) and knee-long shirts are worn by all. Big ‘Dopatta’ or ‘Chaddar’, a long rectangular piece of cloth cascading down the shoulders and used to cover head, are used by the women. Baloch culture is opposite to the general perception about it. Balochistan is an area of barren lands, deserts and mountains, the Baloch culture is full of traditions, arts and crafts. Balochi embroidery is one of the most popular arts and crafts which are done by the females. Baluchistan is also known for its tribes and festivals. Another distinct feature of Baloch culture is the storytelling tradition. Poets and story tellers are highly respected in Baloch culture.