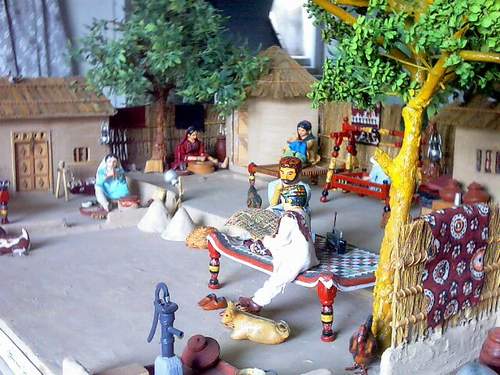 According to population, Sindh is the second largest province of Pakistan. Karachi port and Arabian Sea are the possessions of the Sindh. The Indus and Sindh River passes through the land. Sindh has different language, traditions, folklore, customs and lifestyle from rest of the country.

Ajrak and Sindhi Topi are the symbols of Sindhi’s culture and civilization for thousands of years. Ajrak, basically, is a name given to unique block print shawls. Sindhi culture display special designs and pattern in these shawls. Mostly, red, black and yellow colors are used while making these shawls.

Sindhi language is an ancient language spoken in Pakistan and many other parts of the world. It is an Indo-Aryan language; it is the second most spoken language of Pakistan, mostly spoken in the Sindh province.

The language can be written using the Devanagri or Arabic script. People of Sindh are liable towards an agricultural based lifestyle. The fertile Indus Plains provide a valuable source of income for the local people who practice farming on these lands. Inland fishing along the Indus River provides opportunities for local people. Sindhi society is dominated by great Sufis, the mystics and the martyrs.

It has always been the land of peace, love, romance, and great cultural and artistic values. Tambura (drone instrument), which till today, is a primary source of music in Sindhi culture. The beauty of Shah’s verses is enhanced by his blending of traditional Indian rag with the Sindhi folk songs and music.

Previous: Welcome To Pakistan the Land Of Exploration
Next: Pakistani Baloch Culture Rule